“I have always wished that my computer would be as easy to use as my telephone… My wish has come true: I no longer know how to use my telephone” – Bjarne Stroustrup

“The most important single decision I ever made was to change the IBM 360 series from a 6-bit byte to an 8-bit byte, thereby enabling the use of lowercase letters. That change propagated everywhere.” – Frederick Phillips Brooks, Jr.

“…the one single development that put computers on their feet was the invention of a reliable form of memory, namely, the core memory. Its cost was reasonable, it was reliable and, because it was reliable, it could in due course be made large.” – Maurice Wilkes

“Our idea of the Macintosh was a computer for people who want to use e computer, rather than learn how to use the computer.”  – Steve Jobs

“Computers in the future may weigh no more than 1.5 tons.” – Popular Mechanics, forecasting the relentless march of science, 1949.

“I think there is a world market for maybe five computers.” – Thomas Watson, chairman of IBM, 1943.

“There is no reason anyone would want a computer in their home.” – Ken Olson, president, chairman and founder of Digital Equipment Corp., 1977.

“Originally one thought that if there were a half dozen large computers in this country, hidden away in research laboratories, this would take care of all requirements we had throughout the country.”- Howard H. Aiken , 1952

This site uses Akismet to reduce spam. Learn how your comment data is processed. 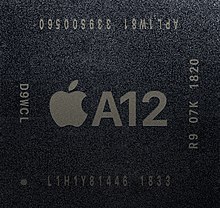